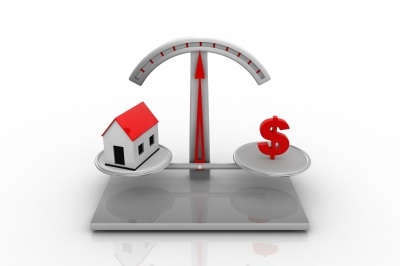 What’s the real estate market going to do in 2018?

Let’s talk about some of the big conversation pieces emerging in Sacramento and beyond.

1) Affordability: This year we’re going to have more conversations on affordability – or lack thereof. This is a big issue that’s not only covered extensively by the media, but it’s something being felt by real people – both prospective buyers and renters. According to NAR’s Housing Affordability Index, affordability has been declining.

2) More Color: Lots of design magazines and articles are talking about seeing more color in the kitchen and other parts of the house. Some say totally white kitchens are on the way out. Others anticipate seeing more avocado green on walls (hello 1970s). And brass fixtures are back in style too (hello 1980s).

3) Marijuana: This is a big year for California because recreational or “adult use” marijuana is now fully legal. Whether you are personally for or against this, it’s something we need to watch because of the potential economic and real estate impact. I’m not writing as an advocate, but I am saying let’s pay attention to commercial rents, vacancy rates, job opportunities, cash purchases, changing zoning code, land value, advertising, public perception, etc… So far the City of Sacramento has been a lone wolf in allowing commercial cannabis cultivation since surrounding cities have basically said NO thus far. In 2018 I suspect we’ll see other cities also jump on the cannabis wagon.

4) Smart homes: We are seeing incredible advances in technology for homes. It’s not just the “Echo” or “Google Home” either, but “smart” products are showing up for thermostats, shades, color-changing light bulbs, appliances, door locks, security systems, etc… The market doesn’t fully expect these features yet in every home, but there may come a day when they are normative. I actually bought a Google Home for my office last week. Did anyone else?

5) Creative financing: There is still upward pressure on values in many prices ranges and locations in light of a housing shortage, but if interest rates rise too much it could soften values (duh). This is where lenders can artificially keep prices high by offering more creative loan products to help buyers “afford” the market. Sounds healthy, right? Keep in mind we are nowhere near 2005 when money was being given to anyone with a pulse, but if lenders loosen things up too much it’s probably a good thing to be concerned.

6) Appraisal waivers: About a year ago Fannie Mae rolled out an appraisal waiver program that would not require an appraisal on certain transactions. Fast forward to today. The narrative right now from quite a few voices in the real estate community is that we need to use more alternative valuation products (without a human appraiser) for the sake of quicker turn-times, a lower cost for consumers, and a more efficient mortgage process. I know, I sound like an angry human since robots are taking over the world, but there is a deeper issue here. Messing with a system of checks and balances can be dangerous for the market. Do me a favor and re-watch The Big Short and ask yourself if there is any reason to be concerned about loosening things up when it comes to real estate valuations. I may write more on this soon.

7) Rent control: Rents have risen dramatically in many parts of the country over the past few years, so let’s expect to see attempts this year to enact rent control. Remember, what rent control does is limit how much a landlord can increase rent by putting a price ceiling on rent. There are both staunch proponents and critics of rent control, so be ready for some heated conversation if you bring this topic up online. As an FYI, in Sacramento we’ve had near 10% rent increases for three years in a row without much wage growth.

8) Republican Tax Plan: Some say the new tax plan will create less incentive for home ownership and cut values drastically whereas others say there won’t be much impact in most of the country beyond some higher-dollar pockets. The truth is the future hasn’t happened yet, so in humility we must admit we don’t yet know the extent of any impact. This is why I like what Jonathan Miller wrote, “If there is one thing the housing market doesn’t like, it is uncertainty. As it relates to housing, this new law is an “uncertainty casserole” and homebuyers and sellers will take a while, probably 1-2 years to adapt to the new world order and sales will be tempered until there is equilibrium. Prices in high-cost housing markets will clearly slip, although I don’t anticipate a severity.”

9) Disappearance of the $150,000 market: Last year I put on my prophet hat and talked about the disappearance of the $100,000 market in Sacramento. It was a safe bet to make that prediction because there is so much upward pressure at the lowest prices. This year I think we’re poised to see few homes under $150,000 by the end of the year. Remember, it’s not just the lowest prices in the market that are experiencing upward price pressure. It’s really entry-level homes in most neighborhoods – regardless of the price. Yet the median price in Sacramento has been hovering around $350,000, which literally means half the market is shopping below that price point. This alone reminds us it can be much more competitive at lower price ranges since more buyers are shopping there.

10) Alternative housing: As values have risen for single family detached homes, buyers at the lowest prices may need to consider other options such as mobile homes, tiny homes, storage container units, and lower-priced condos. Some alternative housing can feel sexy because of the lower cost and the cool vibe, but let’s remember the most expensive thing in real estate is often the land and permits. Thus it’s not always easy to build that low-cost alternative structure.

11) Increase of real estate agents: When prices are hot everyone and their Mom gets into real estate, so let’s expect to see more new agents out there. I’ve talked to a number of former loan officers wanting to get back into action too (I wonder if they know how much the game has changed since 2005). I’ve also talked with a number of agents wanting to become appraisers.

12) Housing shortage: We’ve not had much new construction over the past decade, and we’re feeling it because there aren’t enough units to satisfy demand. The good news is builders seem to be busy at work, which will help add more units in 2018. But the bad news is it takes time to build, so sprinkling in some homes and apartments here and there is not a quick way to solve a housing shortage. Moreover, one of the struggles in Sacramento is many skilled laborers left the area when the previous real estate bubble burst, so having enough workers is an issue. If anything the housing shortage seems poised to persist, though it seems like there is some relief on the way too. Also, last year housing inventory was actually slightly higher during some months compared to the previous year (though still anemic).

13) Bubble conversations: With values creeping back to their previous peak (or beyond) in some neighborhoods, it’s only natural to have conversations about “bubbles”. If you don’t believe me, show this graph to 10 people and tell me how many mention the word “bubble”. See my open letter to buyers worried about a housing bubble because this is a loaded conversation. On a side note, one thing to keep in mind is some owners who sense the top of the market is near may choose to list this year, and that can create some inventory. Just today I spoke with someone who is planning to leave California (and probably move to Idaho or Texas). This guy’s idea is that he’ll list his home in a few months in order to cash out while values are high. Does this man represent all sellers? No. But does he represent some? Yes.