Sacramento Highest in the Nation For Rising Rents 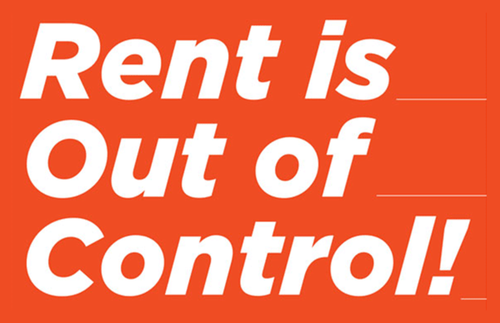 Rents are on the rise...again.

Last week, Sacramento City Council was flooded with activists demanding change. Their answer: Rent Control. Mayor Darrell Steinberg is not sold on the idea and has "significant concerns" regarding the issue of rent control. Instead, he suggests the city focus more on affordable housing as well as offering tenants additional notice when rents are to be increased. Steinberg, while not completely dismissing rent control, is concerned about the "unintended consequences" of discouraging housing developers from the area. Under a 1995 state law, rent control is not allowed on units built after Feb. 1, 1995, and any single-family residences. Affordable housing advocates want this repealed, but legislation stalled in the state Capitol.

Sacramento= Highest in the nation

According to a recent report, Sacramento is the highest in the nation for rising rents. The 9.9 percent average increase over the past year, between June 2016 and June 2017, beat out the Central Valley, San Fernando Valley and the Bay Area and Los Angeles areas of California. The second highest in the nation itself was Seattle, WA.  "The current economics of supply and demand in the Sacramento market favor property owners and not the renter," said Doug Ressler, director of business intelligence for Yardi Matrix. The firm indicates the projected rents will continue to increase throughout 2017, due to limited supply and demand.

Own a Home and Avoid Rental Increases

Those who own homes are not faced with the same challenges of rental increases as those who rent. One recent homeowner stated, "My rent had increased 42% in one year. I could not afford that and was frankly worried what would happen the next year." This woman thought she'd never qualify for a home loan, but a consultation with a qualified and thorough lender proved otherwise. Today, she has a fixed payment that has instilled a sense of security as well as the pride of home ownership. Rodney Anderson of Big Valley Mortgage says, "We have many types of loan programs to meet the needs of so many... they just don't know it." It's as easy as a phone call to learn what options are out there.

To find out more about the real estate market in Sacramento and surrounding areas, please call The Montuori Group 916-562-0788 and receive a free consultation. No obligations; we are available 8 days a week!