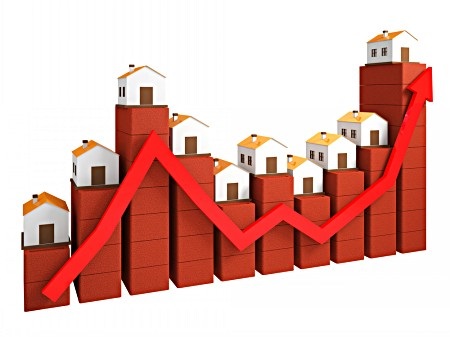 CoreLogic, a leading data analytics firm, has reported that home prices have surged nationwide. An increase of 7.0% was reported in September 2017 compared to the prior year. Month-over-month, an increase of sales were reported of +0.9% from August to September.  October headline at 2.0%. "The Consumer Price Index for All Urban Consumers (CPI-U) rose 0.1 percent in October on a seasonally adjusted basis," according to The Bureau of Labor Statistics.  Prices are expect to continue to rise through this next year, while low inventory remains a catalyst driving the higher home prices.

The Consumer Sentiment Index, a University of Michigan report, is at its second highest level since January. While consumer confidence sloped a bit in early September, that was short lived. "Renewed gains in incomes as well as rising home and equity values have acted to counterbalance the negative impacts from the hurricanes, " says Richard Curtin, chief economist for the Surveys of Consumers. Favorable trends, such as improving labor market and anticipated wage gains, were countered by expectations that inflation and interest rates will increase in the upcoming year. October witnessed unemployment rates lower in 12 states, higher in 1 state and stable in 37 states and the District of Columbia (BLS).

While we have recently witnessed record high stock prices, two-year highs in oil prices, and the most recently passed tax bill from the House of Representatives in Washington, home loan rates remain extremely low.

What also remains low is inventory. The supply of available homes, or inventory, is shrinking across California as the prices surge. In August, the median price of a single-family home rose 7.2% year-over-year to $565,330, its highest level in a decade, according the The Mercury News. The state saw a decrease in homes listed by 11.9% from last year. "Even the most affordable markets are facing rising prices," according to a California Association of Realtors (CAR) recent report.

Supply and demand. We've plenty of buyers but not enough inventory to meet their needs. "At some point a supply problem becomes a demand problem", says Joel Singer, CAR's Chief Executive Officer.

It's a good time to buy, with such low interest rates and the various types of loan programs offered. It's a great time to sell; buyers want to buy, listings are in high demand.

If you or someone you know has questions or would like to learn more about selling or buyer a home,
please contact us anytime.
We're a top producing team in the tri county area and we are available 8 days a week.